Stephanie Heier has one goal for the coming year: Learn how to say “No.” 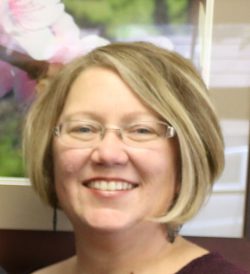 “I tend to say yes to too many things because they’re important to me,” Heier said, admitting she sometimes drops one of the balls she constantly juggles in the air. “The word ‘No’ is generally not in my vocabulary but it’s going to be this year.”

People tend to have a hard time saying “No” according to the American Psychological Association because they want to be liked and avoid having someone else think they are uninterested, selfish, or lazy. Of course, constantly saying “Yes” can leave a person feeling scattered, stressed and in poor health .

That’s why the association recommends people in these situations develop a clear understanding of what’s important to them so they can figure out whether the request might get in their way or help them move forward. They should also learn how to be very simple and direct when denying the person’s request and do it quickly so he or she doesn’t have to wait and can make other plans.

Heier’s already started this process by figuring out that lightening the load on her shoulders would give her the chance to spend better time with her family members and pay more attention to her daily Bible readings. She’s also started letting people know about the change that’s coming.