Do you know what additional living expenses cover? This video explains the highlights.

Do you know what renters insurance covers? This video explains the highlights.

Emergencies do happen, but sometimes they can be prevented. Recently, the pest control guy knocked on the office door of Mennonite Insurance and informed Michelle Heinrichs that “there may be a problem with one of your trees.” Michelle immediately went outside and took a photo to show their general manager, Jerry Linscheid, who was in a Zoom meeting.

“It was obvious that the tree was in immediate danger of splitting all the way in half and dropping a major limb onto live wires and a main street in town,” said Michelle. “We needed to act quickly.”  Michelle scheduled the tree trimmers to come out later that day, and Jerry worked to stabilize the tree in the mean-time.

If they had just ignored the problem, it could have turned into a more serious issue. “Almost everything gets worse the longer you let it go,” shared Jerry. “Leaks rarely fix themselves. This tree was not going to heal itself. We had strong winds the day before and more winds forecast for that evening. We figured the earlier winds caused the crack and the later winds would finish the job, so we had a short window within which to prevent real damage.”

By acting quickly, they were not only able to prevent an insurance claim, which usually causes rates to go up, but also potentially serious damage to the building which would have caused an inconvenience to the staff that could have affected workflow and efficiency. There would also have been extra expenses while waiting for the situation to be dealt with and possible emotional trauma. Loss payments don’t cover the cost of inconveniences or trauma. “Insurance is good at paying for things that have a price tag,” continued Jerry, “but not for intangible costs that don’t easily translate into dollars.”

Someone could also have been seriously injured. That would have been a liability claim. “Again, insurance can pay for things that have a dollar value. If someone gets hurt, there are ways of determining how much money is compensation for the injury, but it doesn’t make the hurt go away.”

So what can the rest of us do to prevent these types of claims? None of the staff had noticed the issue with the tree until it was brought to their attention–they believed that it had happened due to the recent winds, but the only way to be sure you catch these types of things in time is to be aware.” Walking the property to check for possible issues is always a good idea. My husband does that at our own home,” shared Michelle.

It is also a good idea, where possible, to act on them quickly before a tiny leak or a splitting tree turns into something much worse. Upkeep and repair is the responsibility of the owner. “Insurance is designed for sudden and accidental loss,” said Jerry.

However, some things just can’t be predicted, so it is wise to check with your insurance agent to make sure you have proper coverage for those unpredictable emergencies.

Recently Mennonite Insurance had a claim where the dryer in someone’s home caught on fire because of lint, to prevent that from happening to you we wanted to share some safety tips. To make sure these tips are top notch, we chatted with Reedley Fire Department Battalion Chief Justin Watson.

END_OF_DOCUMENT_TOKEN_TO_BE_REPLACED 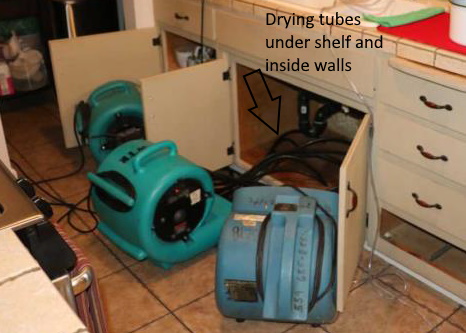 We all purchase insurance hoping that we will never have to use it, but what is it really like when you do? Mennonite Insurance agent Yolanda Hernandez recently found out when she had to file a water claim for her kitchen over the holidays.

“The housing part (below sink) of the kitchen sink came loose and water was leaking I think for at least a full day or two before I realized it,” shares Yolanda. “I realized something was wrong when I was washing dishes and heard a gushing sound. I opened the cabinets and water was over flowing everywhere. The bottom portion of the cabinet was totally wet and so was the cabinet next to it. My mom always kept a large bowl or container under the sink in case of a leaky faucet. So I have always done this too, but the container was completely full and over flowing. It was overwhelming to see so much water everywhere.”

As a diligent homeowner, Yolanda acted quickly and cleaned the water up right away, preventing more damage. She also called out a cleaning and restoration company to help dry everything up. “The insurance adjuster stated that if I would have waited until the next day to call ServiceMaster, the cabinets most likely would have been a total loss.”

Next, it was time to file a claim. These were the steps Yolanda followed to open a claim:

After you file a claim, an insurance adjuster goes out to assess the damage and reports the information, along with photos, back to the insurance company. They also include an estimate of what the damages would be minus the deductible.

“As a homeowner you have the option of getting multiple estimates and going with a repair company of your choice,” continues Yolanda. “It is always recommended that you use a licensed contractor to guarantee the work. If your repairs will be more than the deductible, then you would receive a check for the remainder.”

Yolanda has Homeowners (Hazard) Insurance with a $1000 deductible. If you don’t know what kind of insurance you have, talk to your agent so you can be informed and prepared just as she was. “As a homeowner, we should always try to be vigilant and aware of our property condition. Checking sink areas for leaking pipes or broken parts every once in a while is a good way to avoid this type of loss.” 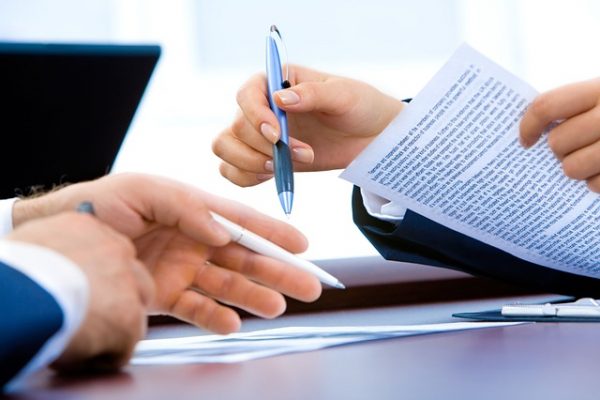 So who owns your home? The obvious answer would be you, but in some cases that isn’t true. Sometimes people transfer their home to an entity they control like a trust or a limited liability company (LLC), or perhaps even a corporation.

Why would anyone do that? There can be many reasons. Sometimes it is to avoid probate, or for other estate planning purposes. It can also be to shelter your assets so a loss at one property doesn’t jeopardize other assets. If this is something you are considering, the best course of action is to talk to a lawyer about it and that person will help you make the best decision.

Let’s say that you find yourself in one of these positions, how does that affect the insurance on the home? As long as you have control over whatever “owns” your home and you live in it, the policy can still be a homeowner policy. However, you need to make sure to add the entity as an additional insured on the policy. Why? Because if something happens, the policy will cover only those listed on the policy. Things that could happen include a liability lawsuit, refinancing, and the death of a spouse. We all hope there won’t ever be a lawsuit, or a death, but life happens and it is wise to be prepared.

If you have any doubt about who owns your home, take out your deed and check. If it shows anything other than the names of the people living in the house, then it’s time to call your insurance agent to make sure that your coverage is correct. In case that unexpected thing happens, you want to be covered.

For even more details on this question, you can check out this article. Then make sure to check the deed, and if needed, call your insurance agent.