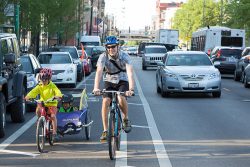 The birds are singing, the flowers are blooming, and if you listen close enough you just might be able to hear the chirping of a frog coming from a nearby stream. Spring is just around the corner and that means hundreds of cyclists will be taking to the road as they wake from their winter slumber.

With that in mind, we’ve put together a list of tips to help drivers and cyclists share the road so they can avoid a potentially fatal accident. These tips recognize the fact both motor vehicles and bicycles have a right to be on the road and must follow a series of rules and regulations as part of this responsibility.

Finally, drivers and cyclists should do their best to remain calm and call the police if they do get into a wreck. They should share their contact information and try to get the same from any witnesses who may have seen the crash regardless of who is at fault³. 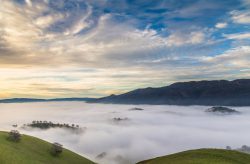 San Joaquin Valley drivers might as well call the winter “fog season” because dense ground fog fills the region’s lower areas and make it impossible for them to see.

Named after a grass found in the Central Valley’s marshlands, Tule fog happens from surrounding moisture and dampness. The Central Valley’s mountains and the warmer air currents that floats above them holds this fog in place until the midday sun burns it away.

This weather patterns causes dozens of crashes each year – some of which are fatal – because it cuts a driver’s visibility down to an eighth of a mile on a good day and less than 10 feet in front of them on a bad one. Montano said people can reduce their chances of being in a wreck by following these tips:

Officers with the California Highway Patrol advise drivers to pull far on to the road’s shoulder and turn off their lights if their vehicle is disabled or they no longer think its safe to drive. They should also move away from the vehicle in case it gets hit by oncoming traffic.

They also suggest postponing any travel through fog-prone areas until the morning when the sun’s warmth evaporates the moisture and causes the fog to lift. It’s better to be late or change your plans than risk wrecking your vehicle while driving through a cloud. 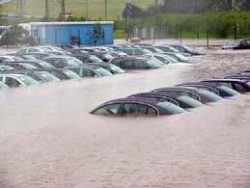 You have seen news reports of Hurricanes Harvey, Irma, and now Jose.  In those videos you often see pictures of submerged cars.  Some of those cars will wind up on used car lots near you.  Flood-damaged cars can appear pristine on the outside, but damage to the engine, electronics or other components can remain hidden for a time.  Water can even pose a health threat if mold starts growing in the interior.  Here are some helpful hints to avoid becoming another hurricane victim:

For more information, try these links:

How to avoid buying cars damaged by hurricane flooding